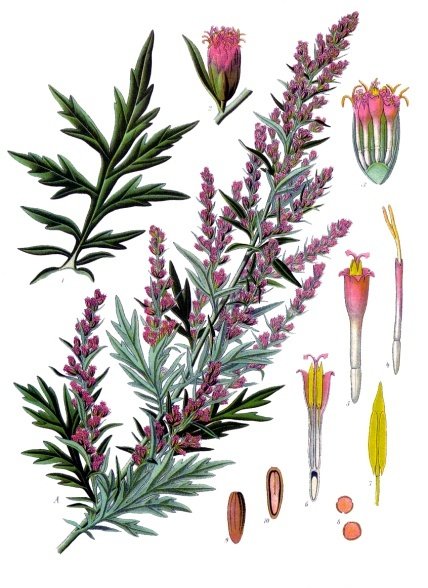 Mugwort is a herb that grows wild in various places in the United States. The plant is native to Europe and Eastern Asia, but can be found throughout the world. It has a long history of use as a medicinal herb, and it can be used for a number of different ailments.

As an herbal remedy, mugwort is often used to treat anxiety and depression, and it has also been known to improve sleep. It is also used to relieve migraines and muscle pain. If you are experiencing migraines, you may find that taking a few drops of mugwort can help alleviate the pain. The plant is considered a nootropic, which means that it can help improve your memory and cognitive function. It is also said to increase psychic sensitivity, and to encourage lucid dreaming. If you are using mugwort as a medication, you should always consult a qualified healthcare professional.

Traditionally, mugwort has been used as a smudge or a smoke in rituals, ceremonies, and rites. It has also been used to protect people from evil spirits. It is a common practice among Native Americans to wear mugwort leaves as a talisman. It is also believed that rubbing the leaves of mugwort can help protect you from nightmares.

Traditionally, mugwort has also been used to help women through menopause. It is said that it can relieve cramping and stress, and can help normalize a woman’s cycle. In some cases, it can even bring on delayed menstruation. However, it is also important to note that mugwort is not recommended for pregnant women or children. It has been shown to have a small effect on the immune system, and if you have a weakened immune system, you should avoid taking it.

While mugwort has a long and varied history, it is most commonly associated with its effects on dreams. It is said that if you put a mugwort smudge near your bed, it can aid in lucid dreaming. This is because of the compounds found in the herb, which are known to stimulate the central nervous system and heart.

Another interesting fact about mugwort is that it is a natural source of artemisinin, a compound that has been shown to have antimalarial properties. The compound is also being tested as a possible anticancer drug. In addition, mugwort can be found in various smokable mixes, and it is believed to provide a mental boost to those who smoke it. In fact, mugwort is used in Japanese desserts. In Japan, a special sweet called daifuku is flavored with a small amount of mugwort. It is filled with adzuki paste, and is covered in a thin layer of potato starch.

It is important to note that the plant is not safe for consumption by children, and the pollen of mugwort can be toxic for those who are susceptible to allergies. In some cases, mugwort can cause asthma in those who are allergic to other plants, so it is always advisable to consult a medical professional if you have any concerns.