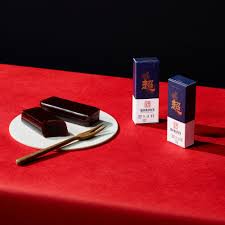 HYFRG(tm) ferments red ginseng to a bioavailable form. It breaks down 90% of the major ginsenosides of the herb into smaller units, increasing its bioavailability. The product is also clinically proven to enhance the bioabsorption of Compound K, which is the major ginseng bioactive.

Unlike nonfermented red ginseng, HYFRG fermented red ginseng has a better absorption rate of the ginsenoside compound K. This compound is produced by the bacteria in the large intestine and is normally secreted in extremely small quantities. The improved absorption may result in more potent pharmacological effects. However, some side effects were reported. In one study, two subjects developed diarrhea.

Fermented red ginseng (FRG) was prepared by diluting RG extract with water (1:2, v/v) and adjusting the pH to 6.0. Then, 50 mL of the diluted extract was added to a 250-mL D-flask and sterilized at 121degC for 15 min. After this, the diluted extract was incubated at 37degC for 2 days. A strain of Lactobacillus brevis (KCTC11390BP) was isolated from the extract and precultured in MRS broth (0.05% L-cysteine*HCl).

The benefits of FRG supplements in humans have yet to be fully understood. While it has been shown in laboratory tests that it can improve postprandial glucose levels, more research is needed to fully assess the benefits of this herb in human subjects.

Fermented red ginseng (FRG) is a strain of red ginseng that has been treated with enzymes and microorganisms. This treatment enhances the biological activity of ginseng and improves its anti-inflammatory properties. Fermented ginseng was also found to be beneficial in preventing cancer and metabolic disorders.

RG and FRG are both effective as inhibitors of elastase. They inhibit elastase by approximately 50 percent. The inhibitory concentrations of RG and FRG are expressed in mg/mL. The data presented are mean+SD with n = 5. Significant differences were determined using a Student’s t-test. IC50 is the concentration required for a 50 percent inhibition.